I’ve been inspired to build an 8-bit computer that lets you play Pong. Why? Building my own computer that I understand down to the transistor will be super-interesting and educational for me, and Pong is the minimal program I’d be likely to actually use (which would also be super-fun). If I can, I’ll also make it possible to play other games. 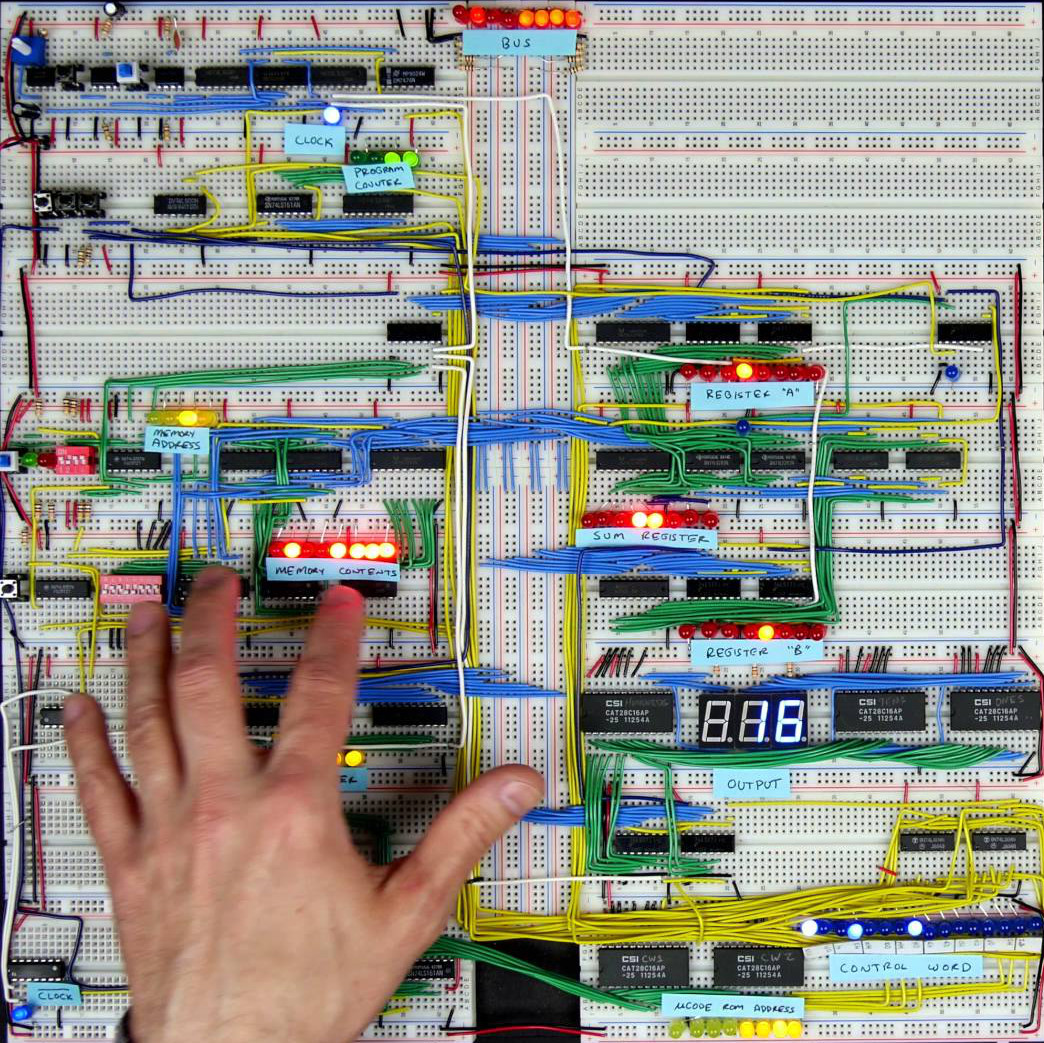 This series of posts will chart my progress as I go.

Standing on the Shoulders of Giants

This fantastic series of videos by Ben Eater will be my starting point. Go watch those videos now - Ben walks you through the creation of a fully functional 8-bit computer (RAM, registers, program counter, ALU, control logic, bus, right down to the clock), and explains everything down to the level of individual transistors. Probably the best thing about it is listening to how Ben reasons about the operation of the computer and its individual components.

They really are excellent videos and I’ll be working through them to build my computer. However there are a whole set of changes that’ll be needed to build something capable of running Pong.

The end and the beginning

Pong is a 2-player game, where each player controls a “paddle” which can be moved up and down, one on each side of the screen. A ball bounces around the screen between the walls at the top and bottom, and the players’ paddles. If the ball hits the left or right side, a player scores a point.

The original game looks like this, and I’m going to make something similar.

As well as some bonus useful extras:

Ben’s project gets us a lot of the way there, but there are still going to need to be some changes to the computer. Without planning everything, there are some design factors I can already plan.

Some unknowns that need resolving:

So my plan is:

Watch this space for more.